A scientific study published in October 2017 showed that in nature reserves in Germany the total biomass of flying insects had declined by 76% in a 27-year period. A report published in May 2018 focusing on two locations in the Netherlands demonstrated similar findings, reporting a reduction in biomass in macro-moths of approximately 61%, and in ground beetles of at least 42%, over a period of 27 years. These reports attracted considerable interest and have led to increased awareness, as well as an increase in the need for more reliable species data. 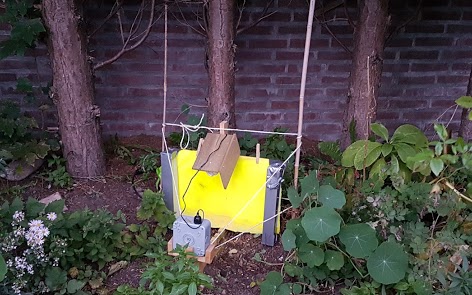 The methods usually employed in insect monitoring have several drawbacks. They are expensive, resource intensive, often unreliable, destructive (monitored insects are killed), and useful for a short period only, hampering long-term trend analysis throughout the season. The Dutch branch of the European Invertebrate Survey (EIS), in cooperation with Naturalis Biodiversity Center, is looking to develop a new type of insect trap that overcomes these drawbacks.

This automated camera trap combines a digital camera aimed at a screen - similar to ones used in glue traps, but without adhesives - in a semi-permanent setup that can be left outside for longer periods of time. Combined with software that uses deep-learning techniques, these non-deadly camera traps will be able to contribute to two goals: identifying species and estimating biomass. 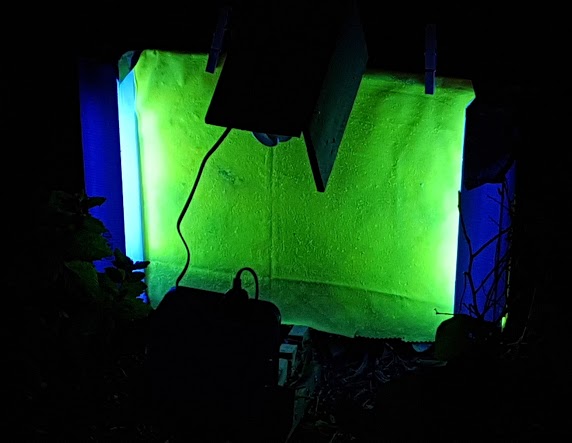 Pictures taken by the camera traps will be analyzed with the aim of establishing the number of insects present, as well as their size, from which biomass estimates will be derived. Ideally, insects will also be identified on the taxonomic levels of order and family. Deep learning software will be employed for three tasks: isolating individual insects in the frame, identifying each individual insect, and estimating biomass. Most of the basic algorithms are already available and have been used in earlier projects. However, they will require further development and finetuning. Initially, all image processing will be done centrally, away from the camera traps themselves. Once a reliable detection algorithm has been developed, it will be deployed on the computers running the camera traps.

Several prototypes were tested during the summer of 2018, and we are currently looking to secure funds for the development of a nationwide monitoring system of biodiversity and biomass of flying insects.

Camera trap for insects in the press: